A raw milk Kefir smoothie. Kefir is a fermented probiotic raw milk beverage. Here it is blended with berries, collagen, raw egg yolks, and creamed coconut to make for a nutrient-dense start to the day. 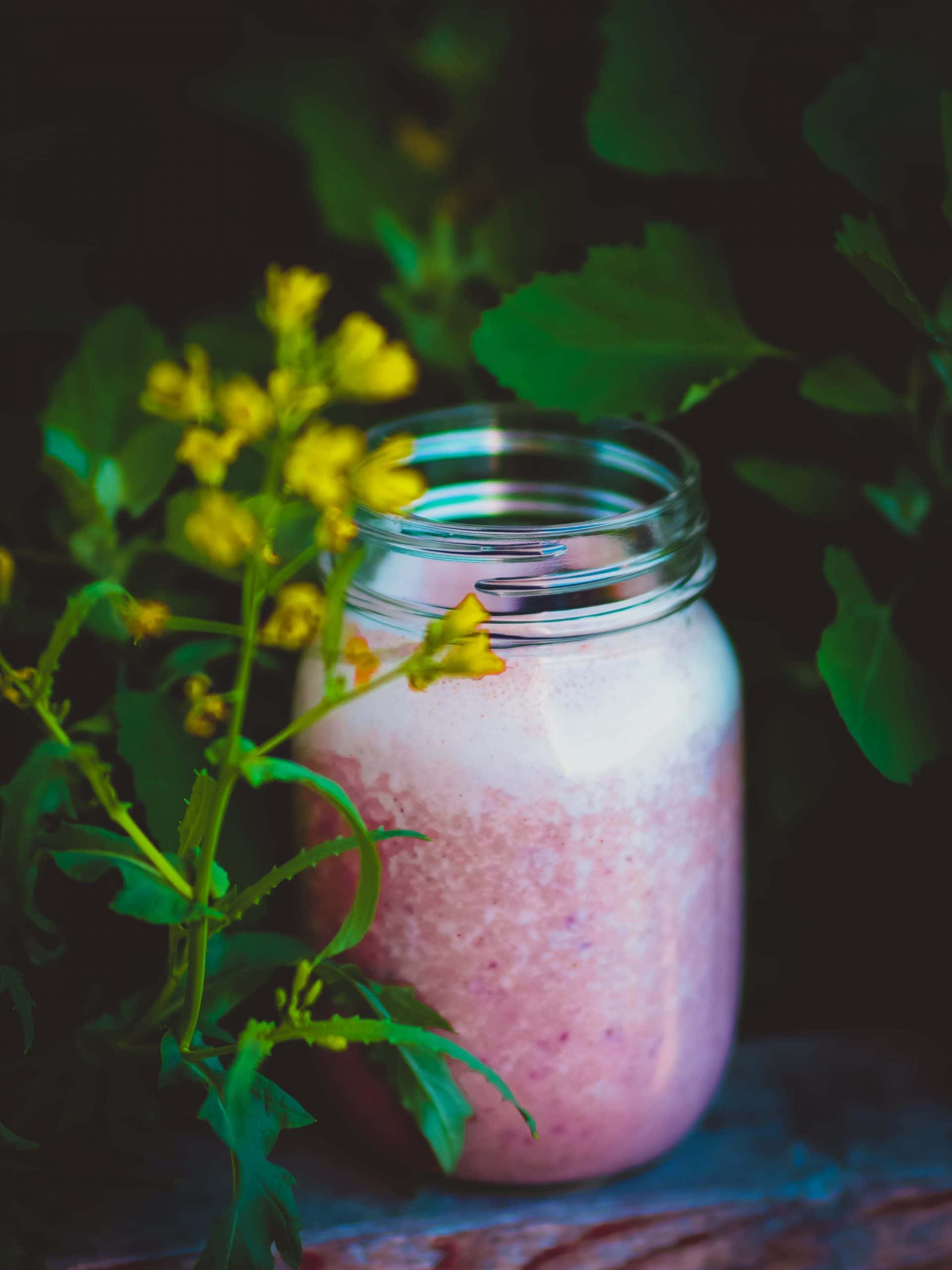 Did you know that every colony of kefir grains today are descendants of the original spontaneous discovery many countless generations ago?

That kefir grains actually have nothing to do with literal grains, but are rather a system of vastly complex bacterial cultures and fungi — a SCOBY (Symbiotic Community of Bacteria & Yeasts)?

They're called kefir "grains" because they resemble a cluster of grains.

Kefir grains can theoretically live forever and have been passed down for many thousands of years. Their origins are shrouded in mystery and myth. I’m working on a longer article about the history as it’s difficult to ascertain fact from fiction, but I’m convinced that the Biblical mentions of manna are in fact references to kefir.

I gave up my bulletproof coffee in January when we decided to start trying for a baby and replaced that comforting morning ritual first with hot spiced "bulletproof" milk, and now this raw kefir smoothie for the warm spring and summer mornings when I can get up with the sun and quickly make something nourishing and delicious to enjoy on my little balcony with my plants.

Every morning I also strain out the grains from the kefir and then make a new batch by adding them to fresh, raw milk which is left out on the kitchen counter for 24 hours.

What Are The Origins of Kefir?

The origin of kefir predates written records. It is a wonderful and bizarre story steeped in lore and superstition.

I’m convinced the mana mentioned in the bible which magically sustained the Jews through their harsh exodus — was actually kefir. And considering that kefir was a spontaneous occurrence long before the advent of scientific theory or understanding of bacterial cultures, it becomes easy to see how miraculous properties are ascribed to it.

You See, No One Made Kefir — It Just Appeared.

Legend has it that the Orthodox shepherds of the Caucasus mountains were gifted kefir grains by Mohammed himself — with a strict warning — that if they gave away the secrets of kefir preparation, the kefir grains would lose their strength.

I do so love a good mythical origin story. It’s much more romantic than the probable reality that the shepherds simply had no way of explaining the existence of kefir and thus through the centuries, a good story was required to explain this miraculous gift from God.

History becomes legend, legend becomes myth. The truth is lost to the ages — but kefir remains. For most of recorded history, kefir remained a life-giving, health-promoting, holy tonic to the people of the Caucasus.

Marco Polo allegedly mentioned kefir in his writings, but I have not been able to find the excerpt myself, not having read The Travels of Marco Polo. Yet I see this frequently referenced in articles about kefir history without any actual quote.

Actually, if anyone has it, please free to email it to me.

Kefir would have spontaneously appeared in the bags the shepherds used for carrying milk. These bags were made from the hides and stomachs of their flocks and filled with their raw milk. The remaining enzymes in these bags (like rennet from the fourth stomach of ruminant animals essential to cheese making) is what could create kefir. 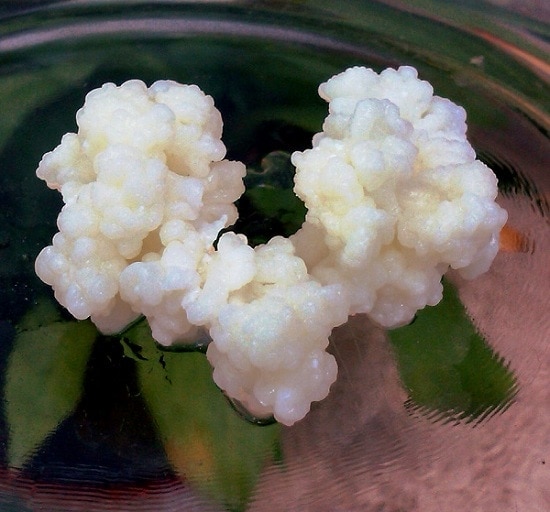 They’re merely called that because they resemble a cluster of grains. What kefir grains actually are is a Symbiotic Culture Of Bacteria and Yeast — a SCOBY. They result entirely from the milk of cows, sheep, and goats.

The Kefir You Buy At The Store is Probably Not Kefir

It's extremely difficult to commercialize kefir.

Rather, like most yogurt, what you are buying that is labelled as "kefir" is actually just standard pasteurized milk that has had certain live cultures added back into it.

Where Do You Find Kefir Grains to Buy?

I found mine online through Kijiji. Some random lady was selling them.

Look on Kijiji, Craigslist, Etsy, Facebook Marketplace etc. Some people sell and will mail you out freeze-dried cultures too.

How Do You Make Kefir?

Add 1 tablespoon of kefir grains per 1 litre of milk.

I always use fresh, raw whole milk from Guernsey cows, but you can use what you have available.

Leave the milk out at room temperature, covered, for 24 hours.

Strain out the kefir grains, the resulting liquid is kefir. I start a new batch right away with the grains that have been strained out.

If you wish to take a break from kefir making, simply suspend the grains in a bit of milk in a covered jar and leave them in the refrigerator where they will go dormant until ready to be used again.

This jar of milk and kefir grains will remain fresh for many months.

I like to refrigerate my kefir so that it is cold for when I make my raw kefir smoothie.

You can make your raw kefir smoothie however you please with whatever combination of ingredients.

To make mine extra nutrient-dense, I add the following:

Raw grass-fed butter would be another great ingredient here.

To make the taste more interesting, try any of these ingredients:

Where To Buy Creamed Coconut

Most people are not familiar with creamed coconut — and you should be. If you use coconut in your cooking, you need to try this.

This is what I'm referring to when I say creamed coconut.

Are you following my new weekly series Raw Milk Cheesemaking 101?

I'm covering everything from raw cultured butter to using the leftover buttermilk to make traditional Irish soda bread to paneer and a lot more.

A new videos and article is posted every week. 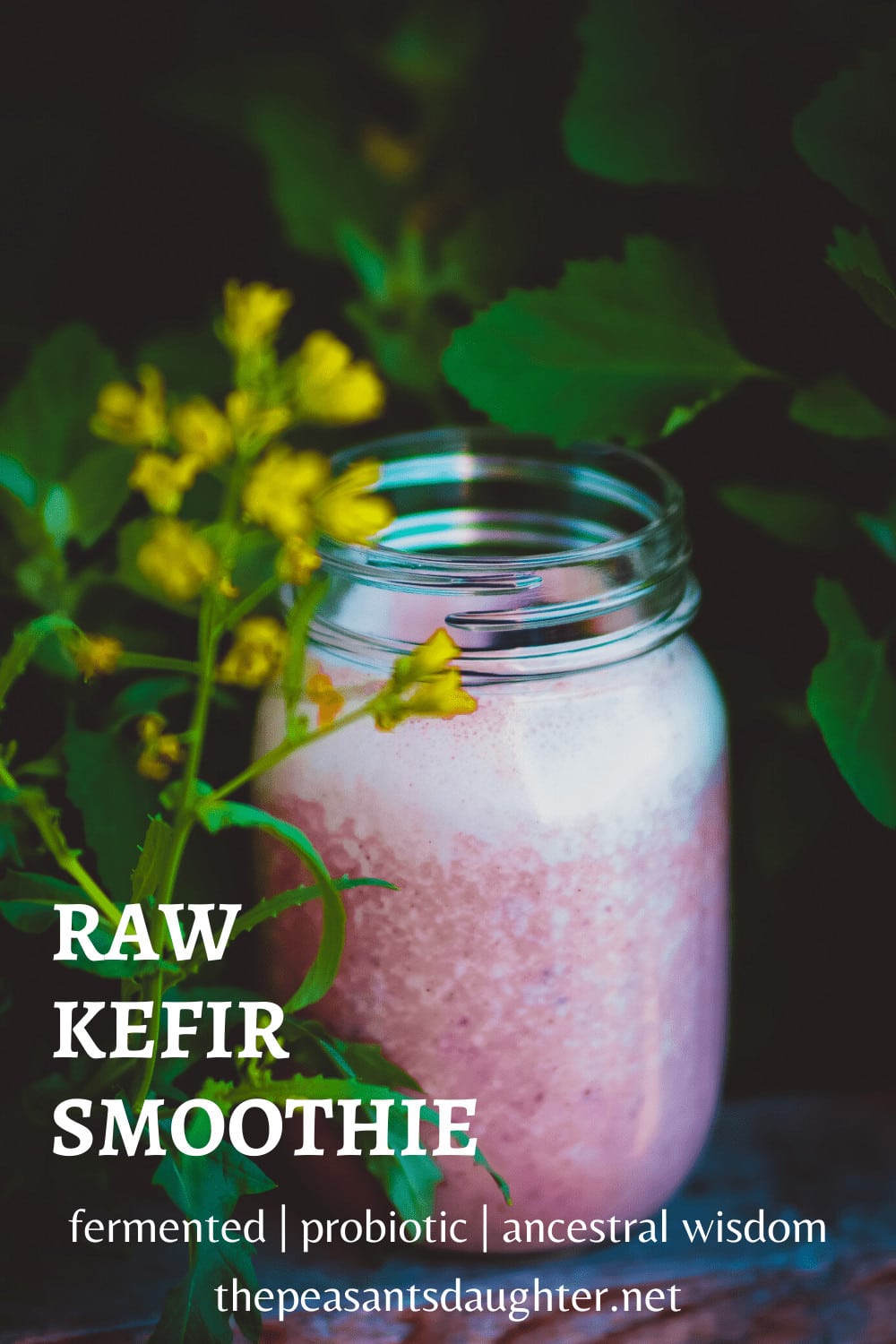 Tried this recipe?Let us know how it was!
« Ajoblanco Extremeño (Cold Spanish Soup)
How I'm Following an Ancestral Health Diet for Pregnancy & Nursing | What I Eat In a Day Pregnant »