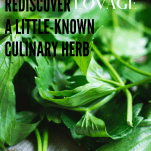 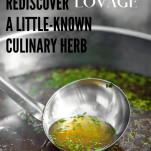 Lovage is unfortunately not well known in North America, but it's one of those culinary herbs that you really should consider because it adds something to soups, stocks, sauces, and risottos that you can't get anywhere else. 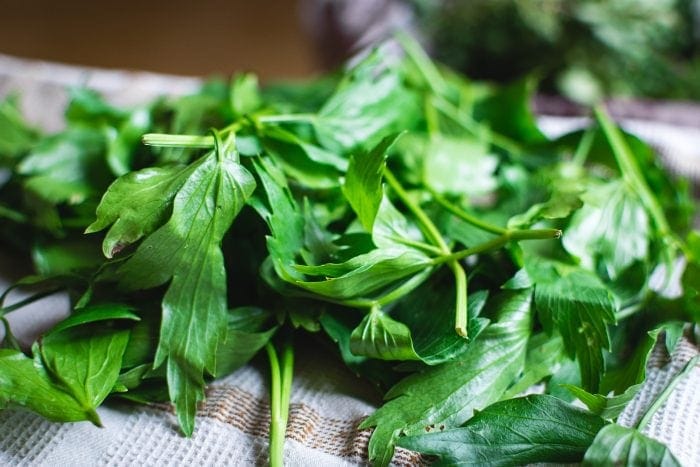 This is my personal plea for lovage, the forgotten herb.

Forgotten by myself too in fact.

Just this past summer, I picked some fresh growing lovage in my community garden allotment and the scent was like a punch in the gut.

Memories came flooding back that suddenly made perfect sense. And no I'm not being dramatic.

The soups of my youth that my mother would prepare in Croatia that I just assumed I couldn't replicate here ) for no real logical reason) — it was lovage that was the missing ingredient.

I was labouring to recreate something that was impossible without this key ingredient.

It is similar in scent and taste to celery and celery salt crossed with parsley. But it's not the same. It is much more intense. There is another deeper flavour lurking behind the surface that adds something magical to soups, stocks, bone broths, sauces, risottos etc.

I called my mother and asked her why she had been keeping this herb from me — I didn't even know what name to call it. The English word lovage meant nothing to her.

She was confused. I was confused. Finally, I got through to her after saying "the thing that tastes kinda like salty roasted celery but looks like parsley!" several times.

In the Croatian language, lovage is called ljupčac.

(The J in the Croatian language, is always pronounced like a Y, just like in my name, Jana)

Lovage/ljupčac is also called Vegeta. That last part will be meaningless to you unless you are Croatian/Serbian/Bosnian or Balkan in general, I suppose, but Vegeta seasoning (not to be confused with Dragon Ball Z) is the quintessential seasoning every one of us grew up eating.

I still use Vegeta, I'm not even really that crazy about it, but it reminds me of my childhood. Every little Balkan kid has a sack of it in the cupboard.

I guess I can see how lovage tastes sorta kinda similar to Vegeta but lovage is SO much better.

And my mother hadn't been keeping lovage from me, like some weird secret, she just never could find it here. And we didn't have room on our balcony to grow it from seeds she could have brought back from Croatia.

Lovage grows pretty big, much bigger than the culinary herbs that we commonly grow.

Thus lovage was lost to me for years, and now again rediscovered via my little community garden.

The other missing culinary piece has now also been found — lovage, and I can once again taste those memories every time I have a bowl of soup.

I have never found fresh lovage in a standard grocery store and it's a damn shame. Because your only chances to taste this little wonder will be from growing it yourself or buying it dried in some European grocer.

You can even find it dried online, although I cannot attest to the quality so don't blame me if this route doesn't work out.

As for lovage seeds, they are readily available online for your gardening needs.

I'm going to actually try and grow lovage indoors this winter, but I honestly have no idea if it's possible on a manageable scale. Lovage is BIG. It grows several feet high.

And if all else fails, the old Croatian standby:

So, you got your hands on some lovage?

How do you use it in these stocks and sauces and soups?

Well, I suggest you use it much like you would fresh parsley. So add the leaves in the last 20 minutes of cooking, and then garnish with some more just before serving.

The stem can be sauteed like celery. The roots are also edible and can be used similarly or even in salads.

Just go slowly at first, lovage is stronger than celery in taste and you don't want to overwhelm anything.

So have you cooked with lovage or grown it? I'd love to hear from you. 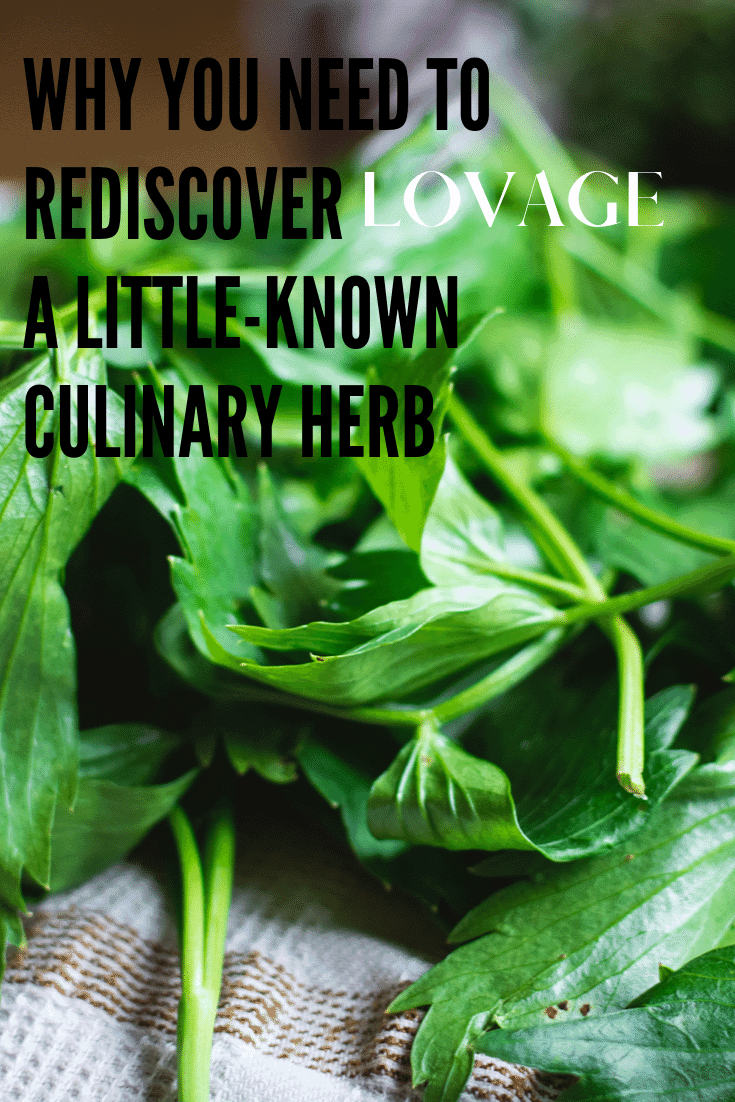 Hi, I'm Jana! The Peasant's Daughter is a journey through the recipes and stories of the women who came before me. I'm a new mom and new homesteader who left the city life behind for a rural country life of more peace and simplicity. We're renovating an 1860's Victorian farmhouse and I'll be sharing real-food, nutrient-dense recipes (almost) always made from scratch. Follow me along in my new country life as I raise and grow our food, and strive for more freedom and self-sufficiency.

We use cookies to ensure that we give you the best experience on our website. If you continue to use this site we will assume that you are happy with it.Ok