I really love the trend of What I Eat In a Day vlogs on YouTube, so I'm making my own, but not on video (yet)!

So what does a real day of eating look like for me?

I do not count calories and eat intuitively but I grew up eating a very traditional diet which makes intuitive eating second nature to me. We didn't have access to processed foods or a steady stream of snacks.

This is a typical day of eating in the winter for me.

Don't let me or anyone else tell you the "right" way of doing something for yourself.

Do not take what I post here as anything more than a piece of my life that I'm sharing with you. 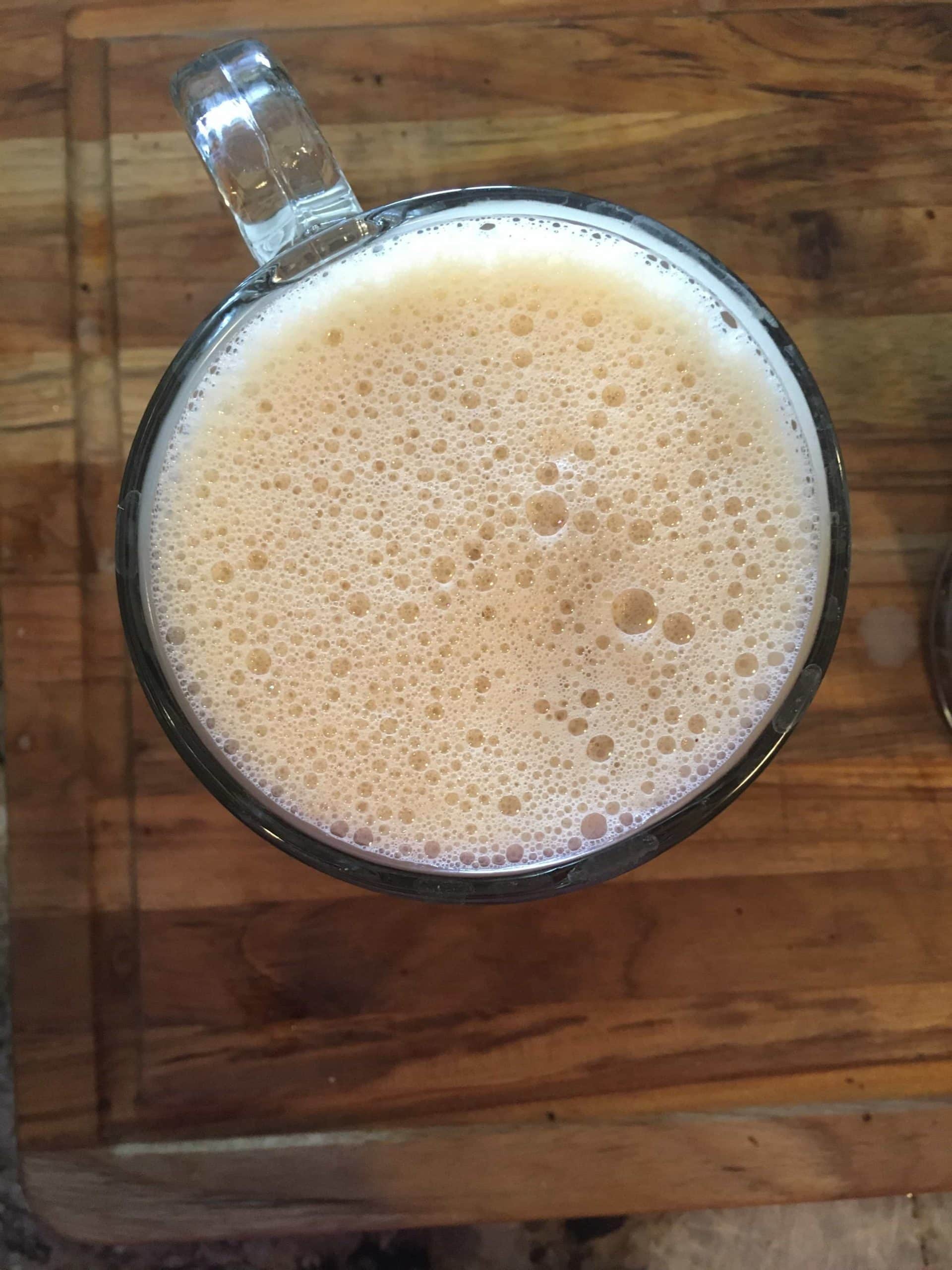 I do not have much of an appetite in the morning, never have. I start each day with a cup of coffee, the only cup I will have.

So 1 cup of French Press coffee with 2 tablespoons grass-fed butter + 1 tablespoon coconut oil (MCT oil is the traditional thing but I don't like it, plus it's very expensive) + 2 tablespoons collagen + 1 raw egg yolks + small pinch of sea salt. Throw everything but the egg yolk into a blender and blend for 20 seconds, then slowly drip the egg yolk in.

No sugars or sweeteners — they're really not needed here. The end result is tasty, creamy, smooth and full of nutrients. 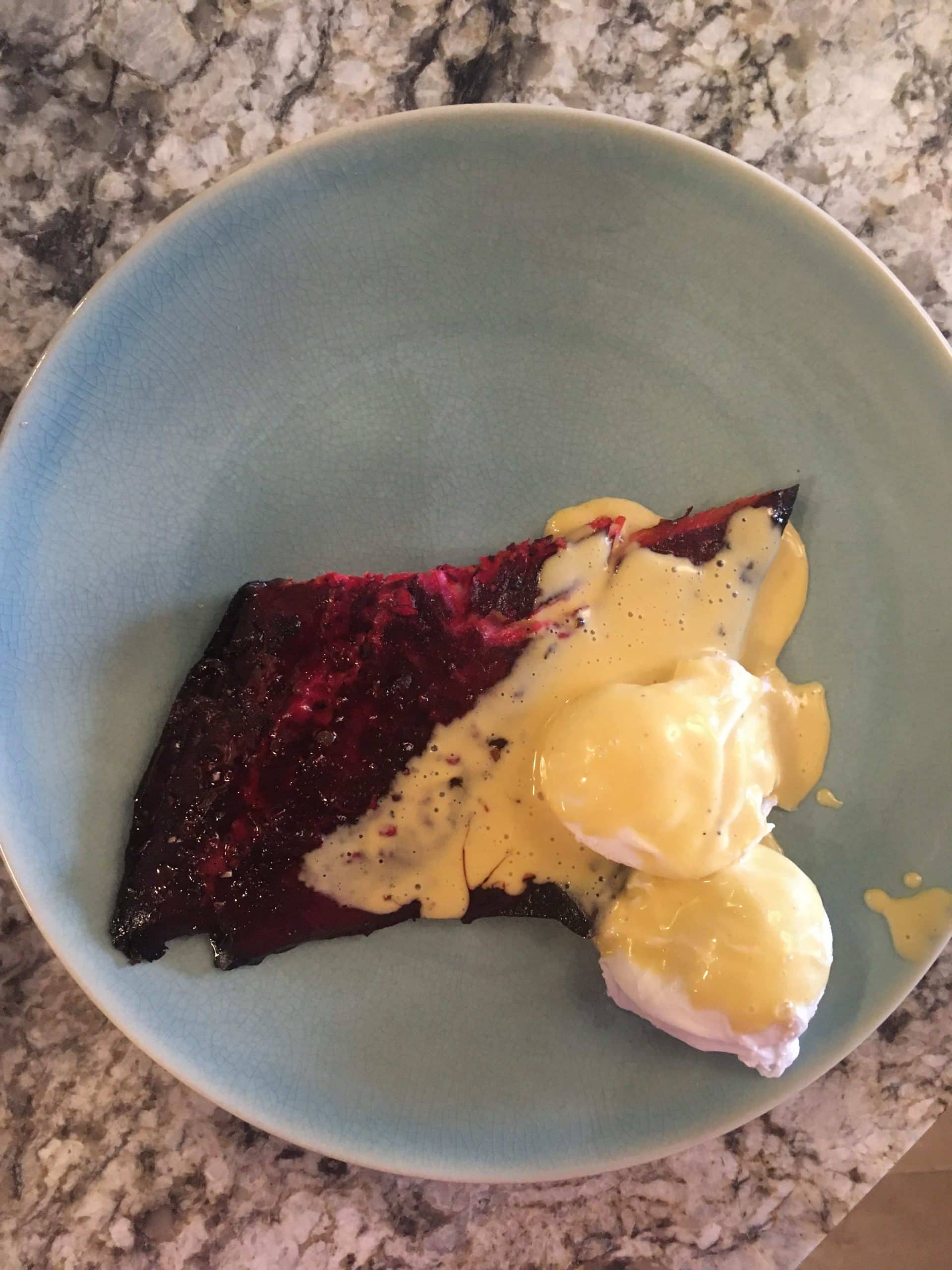 Smoked salmon and poached eggs with hollandaise is one of my favourite meals in the world. The salmon pictured here was dry-brined in salt, beetroot, pomegranate molasses, and citrus zest before being smoked on my Traeger. I have a recipe for smoking salmon in a similar beetroot brine and I also have a recipe for smoked salmon with poached eggs, asparagus, and fish roe.

This picture is considerably less pretty, taken on my iPhone 6, (not even a Plus!) and as you can see the hollandaise sauce did not come out that great. I was actually trying one of those "quick hollandaise" recipes that are popular online. I've tried many before and I never end up with a perfect hollandaise as when I'm following a traditional recipe. So lesson learned....maybe.

Maybe you have one that actually works? It still tastes good I guess, but the texture is too watery.

I have 1-2bowls of soup on most days. The soup is the same 'perpetual stew' as pictured below minus the big side of ribs I had for dinner. 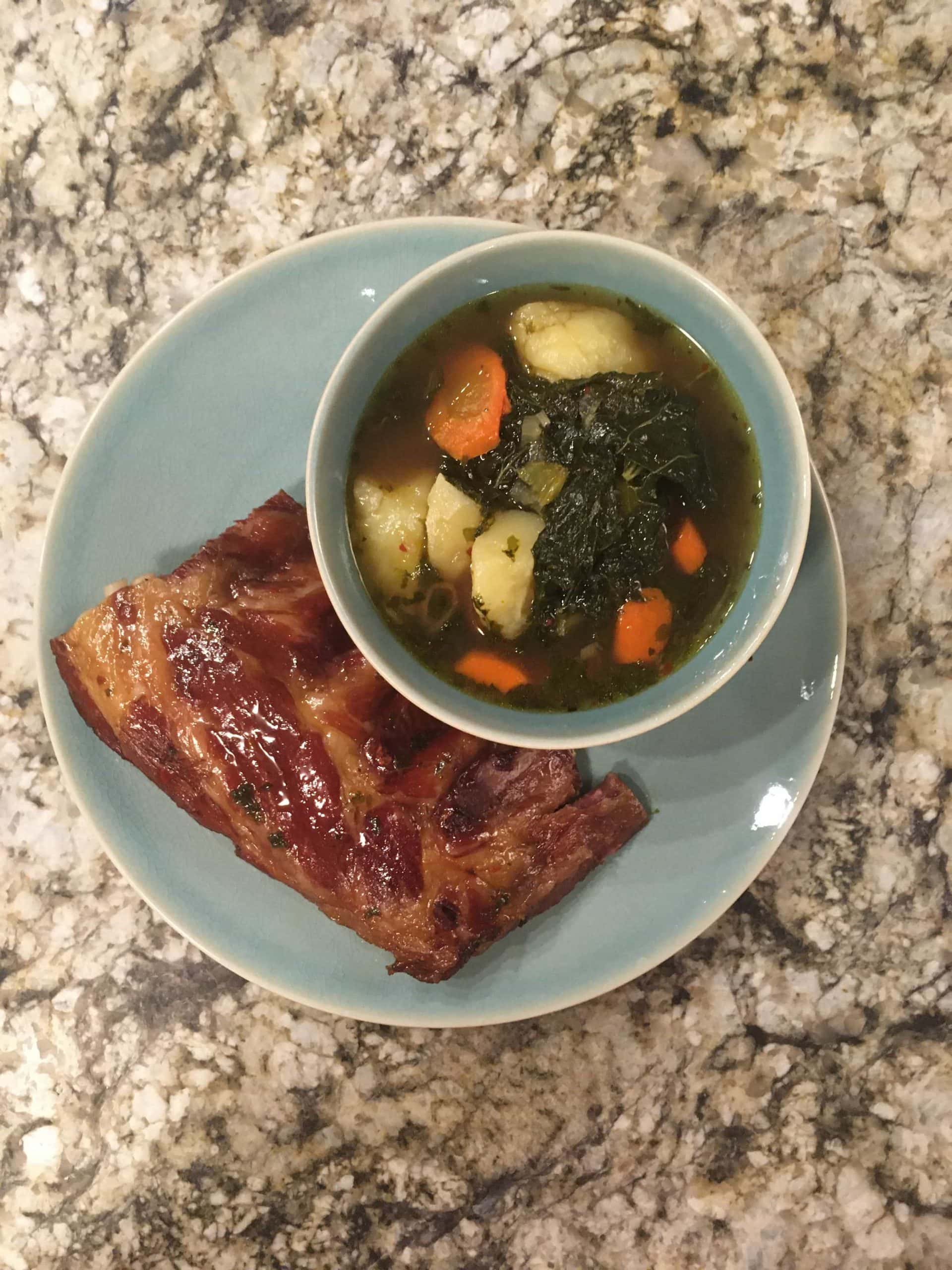 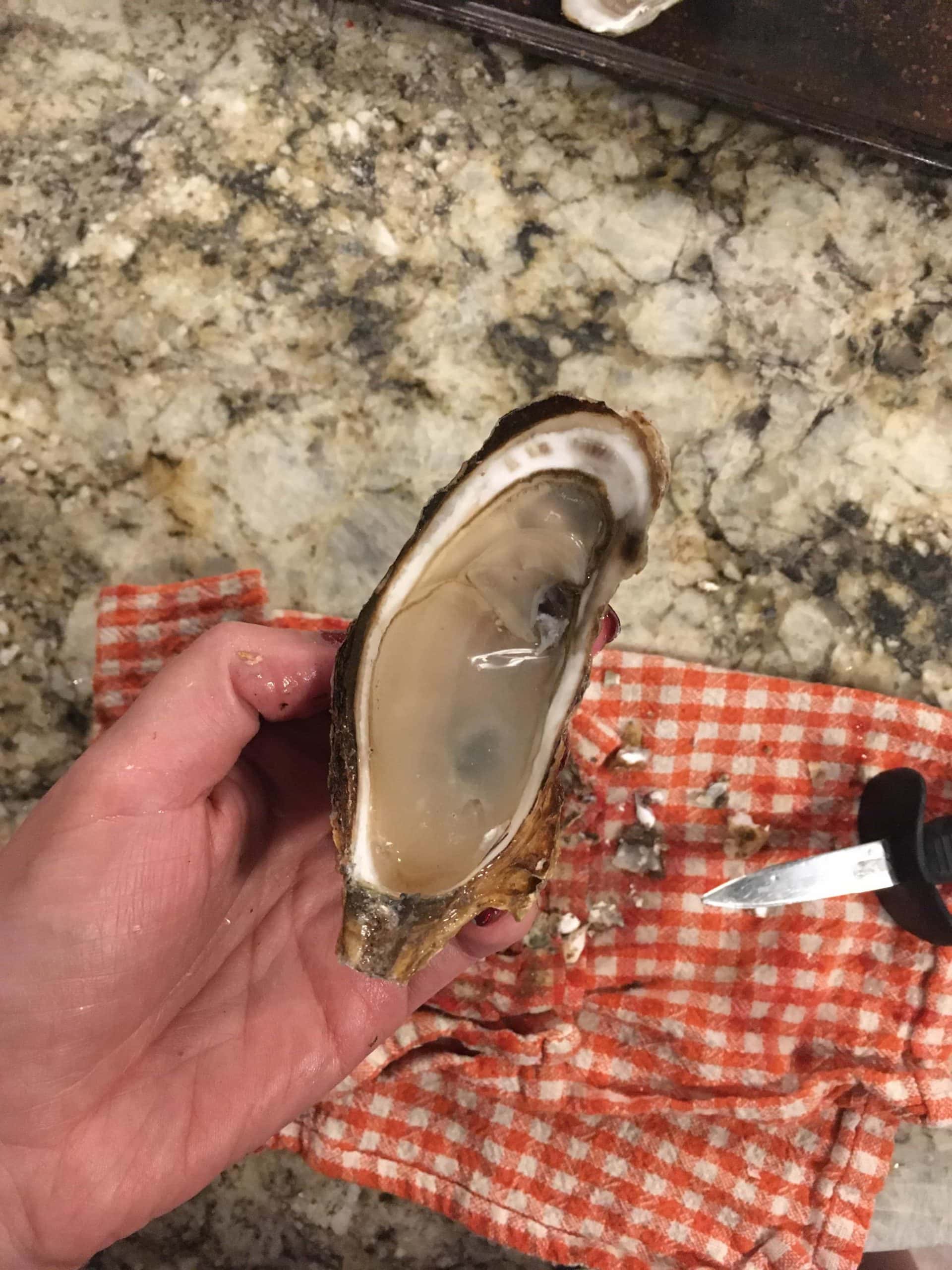 The only bad part about oysters is shucking them. One of the most delicious, nutrient-dense foods out there. I call oysters and mussels my multivitamins.

They're also so delicious and fresh.

I ate over 30 of the oysters pictured with nothing more than a bit of freshly squeezed lemon juice and a single drop of Tobasco.

The grocery store was having a massive sale — boxes of 33 oysters for $5 so we bought all 5 left and ate them over two days. No, there was nothing wrong with them. Each one was as perfectly fresh and plump as the one in the picture.

The "Perpetual Stew" was my January project and it's just what it sounds like — a perpetually bubbling pot of stew on your stove. I kept mine going for 30ish days. The pictured version is a very old and traditional Croatian stew recipe that I grew up with called 'Kelj Kupus Sa Suhim Meso' or literally, "Kale Cabbage Soup With Dried Meat". 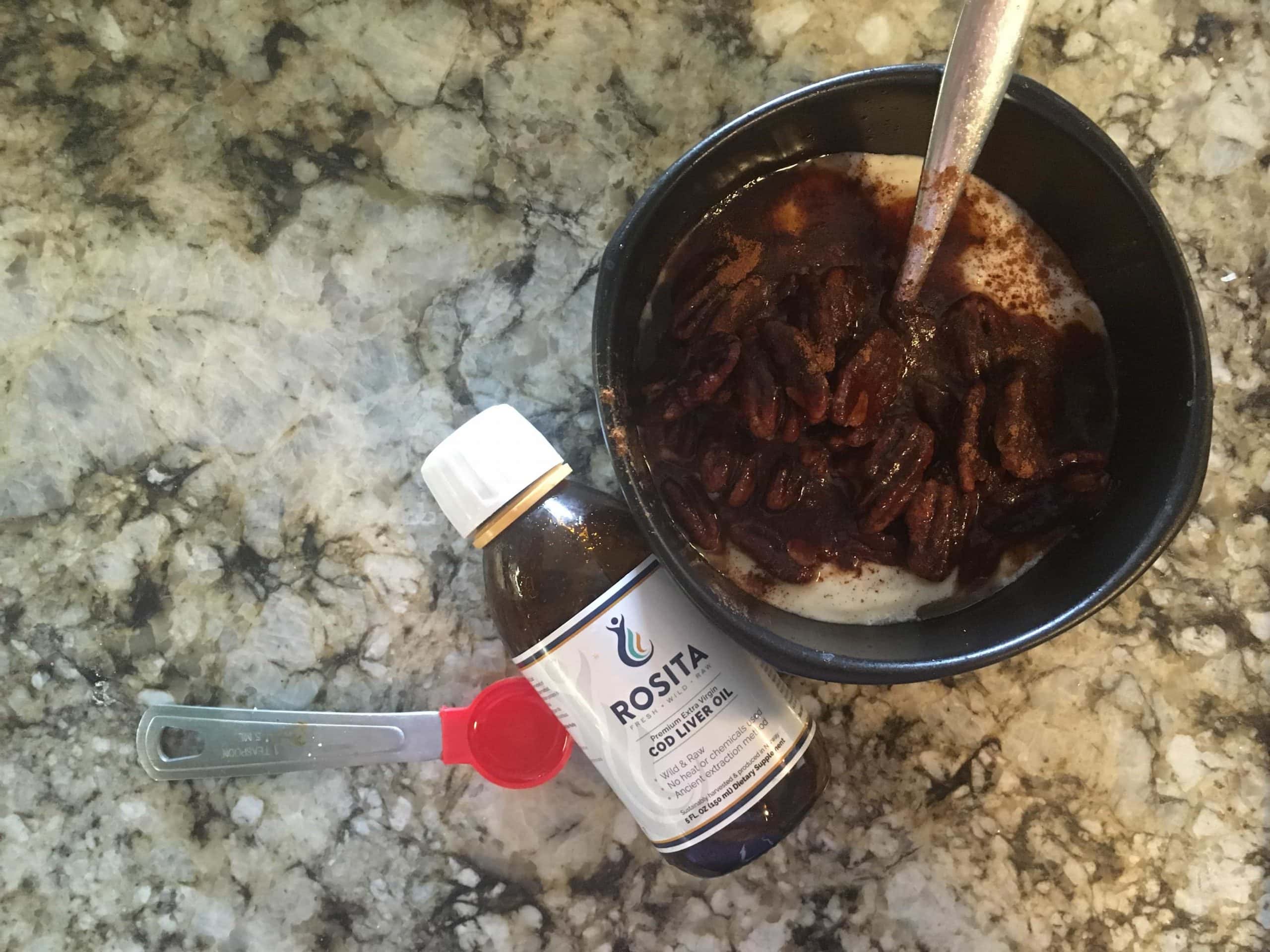 Not much of a snacker to be honest. When I'm in the mood this is one of my favourites, especially in the evening! This is a homemade plain, raw milk yogurt. It is very sour like Balkan yogurt which is how I like it.

I add a handful or so of raw pecans into a hot pan with just a smidge of coconut oil and after the pecans are just almost toasted, I add some maple syrup and let it cook down and coat the pecans.

Add the pecans to the yogurt with some homemade cranberry sauce on the bottom and a bunch of cinnamon. I loooove cinnamon.

Also, cranberry sauce is vastly unappreciated. It's so easy to make, goes with so many things, and it lasts forever in the fridge. (I have three recipes: Sauce 1, Sauce 2, Sauce 3).

Alongside my morning collagen, the only other supplement I take is a teaspoon of Rosita Extra Virgin Cod Liver Oil which I stop taking every summer. You don't need supplements at all on a healthy, nutrient-dense diet, it's just my personal choice to take these two. But don't let anyone make you feel bad if you choose not to take anything.