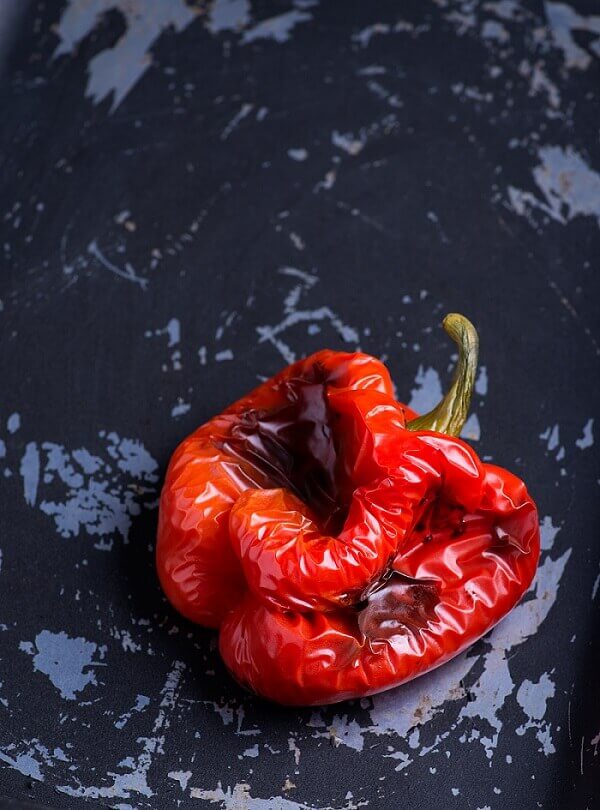 A memory from my childhood in Croatia that carried over into Toronto: the smell of hundreds of red peppers being roasted over fires.

We moved into a mainly Croatian community when we first arrived in Canada. And living in apartments with small balconies didn't seem to stop this roasting tradition at all. Croatians love roasted red peppers. We love them a lot. When the peppers are in season, the villages and towns across Croatia, Bosnia & Herzegovina, and Serbia will smell incredible as countless families roast red peppers to preserve and also make into Ajvar -- a type of sauce, or spread.

I'll be making some Ajvar when the red peppers come into season and are cheap in Ontario.

Roasted red peppers are easier on an outdoor grill, but your oven works just as well. It might become annoying to flip the peppers and use such high heat, but luckily the point here is to burn the skin black, so even if you get distracted, your peppers will be just fine unless you fall asleep or neglect them for hours.

What do you do with roasted red peppers?

Along with the aforementioned Ajvar, you can also make my recipe for mussels which includes a versatile sauce made from roasted red peppers, tomatoes, red wine, and more.

There are also soups, sauces, dips, and more you can experiment with. Roasted red peppers freeze very well too, just purée them first.

How to Roast Red Peppers in Oven or BBQ

If some stubborn chunks of blackened skin remain clinging on, that's perfectly fine, and is preferred as it adds a subtle charred taste.