The weather in southern Ontario is heating up, and we have had almost a full week of sun for the first time in months. I always welcome this return to summer as if it is the first one. It is almost surprising to see everything so green again after months of darkness.

My Soup of The Week celebrates this return of the sunshine with a traditional cold Spanish soup. Ajoblanco Extremeño, from the Extremadura region of Spain which boasts a wonderful if lesser-known culinary tradition full of traditional Mediterranean pork and other dishes.

This is a refreshing and hearty cold soup that can be enjoyed outside under the beautiful sun. 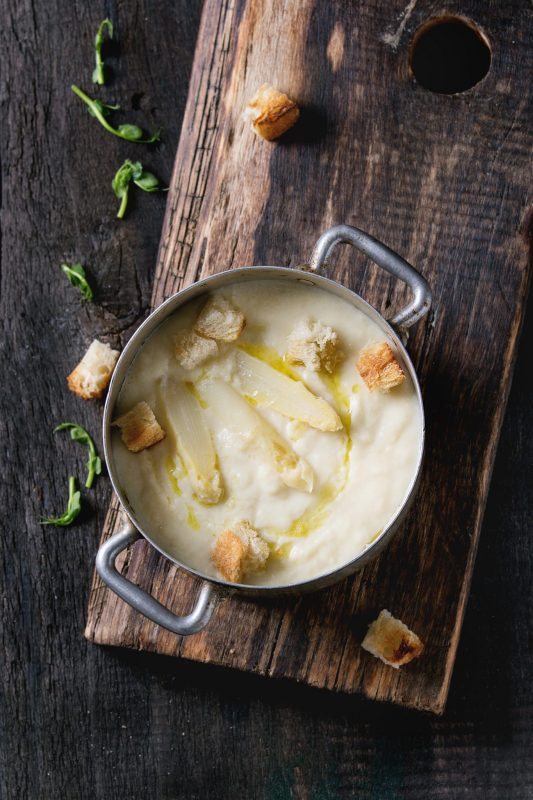 Ajoblanco Extremeño is related to the Ajoblanco soup from Granada and Málaga and it traces its origins all the way back to Roman cuisine.

If you wish to be traditional, a large mortar and pestle followed by a firm whisk to make the emulsion will be necessary. Otherwise, a high-powered blender will suffice. Just make sure to leave out the extra virgin olive oil until the end, as a blender will turn it bitter.

Starting off with stale sourdough bread, soaked overnight in milk is best. I prefer einkorn wheat sourdough and raw, unpasteurized milk. Whichever milk you choose -- make it a full-fat version, not skim.

I omit tomatoes in mine and prefer to serve chilled cucumber slices on the side instead of blended into the soup. Here I add white asparagus to my Ajoblanco Extremeño, which you are welcome to leave out as the asparagus is not traditional. Tomatoes and cucumbers are and they both make a fantastic addition to the flavours if you choose to add them. 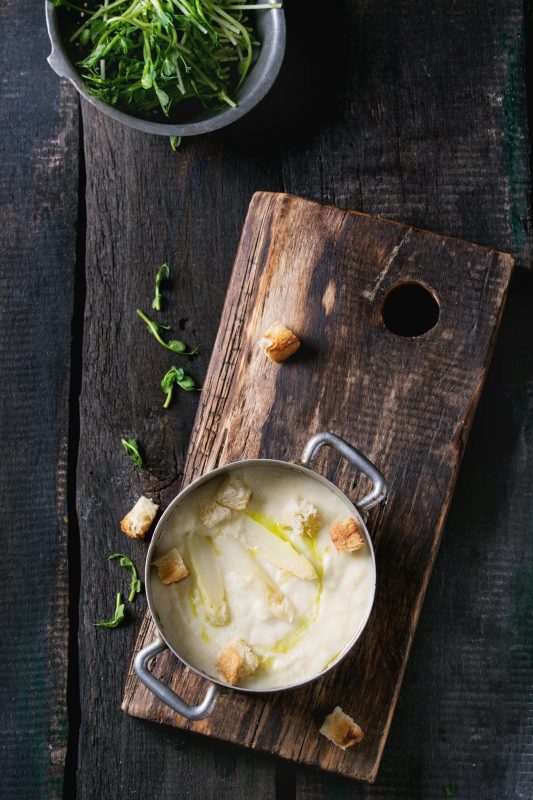 A cold and refreshing soup from Spain, Ajoblanco Extremeño is a lovely summertime soup.

Add tomatoes and/or cucumbers and omit the white asparagus for a more traditional and authentic Ajoblanco Extremeño.